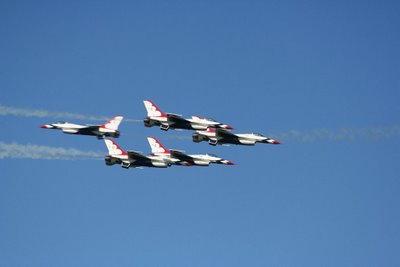 More chicken. 4 going one way, 1 going the other. One of the planes might be a female pilot. One of the 6 that were up is a woman. She’s the first female Thunderbird in 52 years of the team. I had no idea women were allowed in combat aircraft. Thats a discussion for another day. 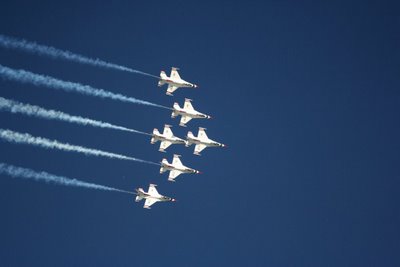 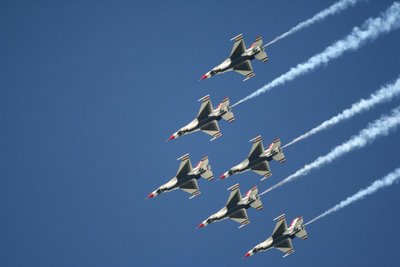 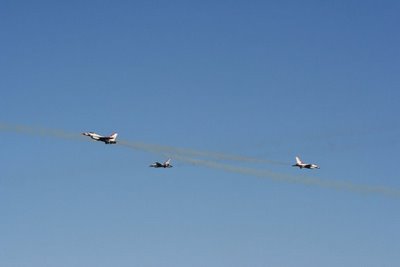 Ok, they do this bomb burst maneuver where 4 planes go straight up with smoke, then split and go 4 seperate directions and a 5th plane shoots up the middle. Cool enough. To cap it off, the 4 that split do a big loop and meet at the center of the runway, about 200 feet off the ground or so. Thats 3 of the 4 going on their merry way after having crossed right in front of the crowd. I missed the 4th that would have been coming towards us and opposite of the middle plane. I could do that, cuz I was an astronaut.