While Mary and Tim are down in Disney, I’ve been working on my mom’s house to do some painting, or so it started. However, I watch entirely too much “Flip that House” and what started out as “No problem, I’ll be happy to paint the two rooms” has turned into a classic ‘might as well’ project. As in, “If we’re painting this, we might as well put up some matching towel bars in the bathroom… might as well change out the toilet too, and if we’re going this far, we might as well put a new vanity and mirror up.” So here are a few pics of the project as we go along. I should have started with pure before pics, but, I didn’t think of it till I got into it… The bedroom needed some spackling for the cracks that are inevitable in a 60 or 70 year old plaster house. The bathroom is much newer but did need some upgrades. Mom wouldn’t go for the travertine marble steam walkin shower, so, here is whats been removed so far.

Try to top this Linda! hah!

In the credit where credit is due department, Sue has been doing a lot of this too mostly on the design and picking stuff out end though, so far. 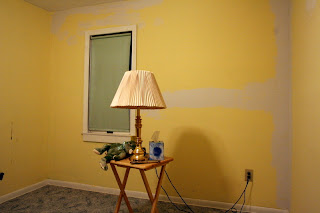 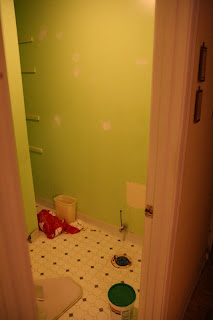 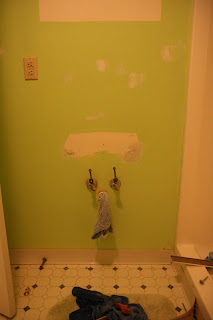