I woke up early this morning and saw it was foggy out, hopped in some clothes and went out shooting! First stop, Wyoming, Delaware. 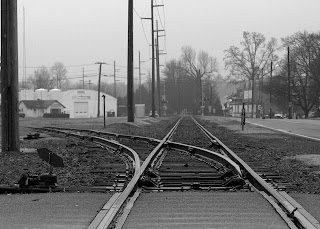 Some kind of shrub is trying to make it in between the tracks and rocks. I’m always fascinated by the idea that mother nature leaves no area without life, or at least life trying to establish itself. Those of you that were up at this hour might have seen me laying between the tracks trying to take a shot of the little shrub. I’m not totally happy with those shots, so you’ll just have to imagine a 47 year old, on his belly, with a camera, laying between the railroad tracks. At least it wasn’t dark outside! 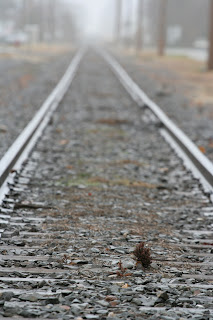 Then it was off to Bombay Hook.

As I’ve said before, I really want to get a shot of snow geese filling the air in a bright blue sky. I was looking at some of them today when a small group jumped up. I liked the effect of this in black and white. 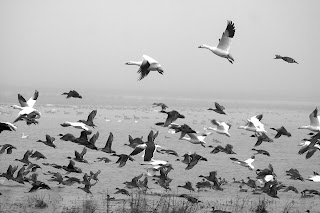 Whenever I see birds out in bad weather, I think about the fact that they never get a break from it, instead they must endure. Thats what this photo makes me think of. 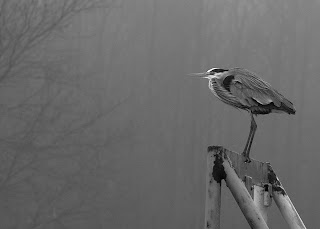 Bitterns are known for freezing in their tracks and using their plumage to camouflage themselves. This guy was in some short grass looking for some food when I came along in my car. He promptly moved into the adjacent weeds and took cover. 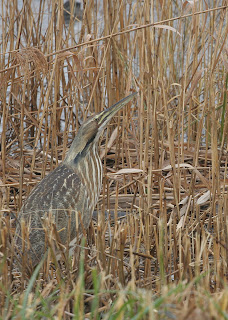 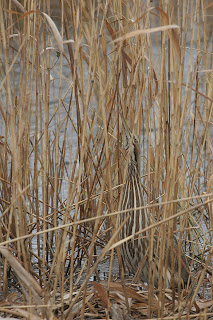 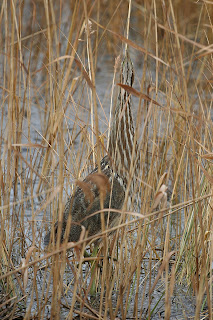