Some friends of my sister are from Germany. They have decided to get married here in Delaware, on New Years eve. They asked me to do some indoor wedding shots, and I’m not sure how they’ll come out so, I asked if they’d let me give it a go as a kind of Engaagement/wedding session, with my new (thanks Santa!!) camera. 7 of us hung out for the afternoon and evening with them at a few places I thought would be good for photos. Their outfits are traditional Bavarian wedding outfits. They are into light houses so that’s why we were on a beach in December. Fortunately, the weather gods smiled on us!

Since I got a new camera, Mary wanted to try out using my old one, which is still a good camera. I’ve always said she has a good eye. It’s interesting seeing what she saw while I was shooting.

Here is a group shot,taken with a timer at Silver Lake Park, right here in Dover. 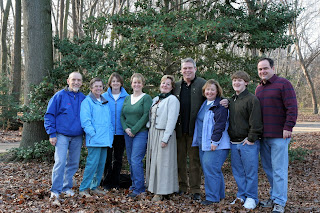 I took the head on shot, Mary did the side shot. 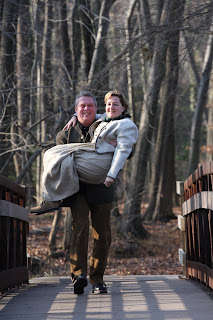 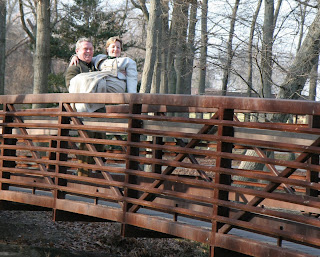 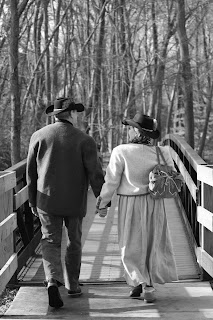 A city of Dover motorcycle cop came through on his bike. Uli started talking to him and one thing led to another, then the officer allowed them to use the bike for a prop! 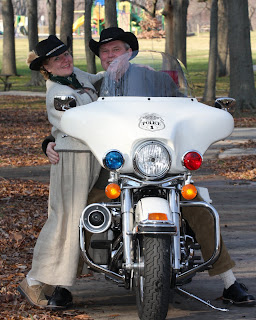 I took the top photo on the bridge, Mary did the second one. 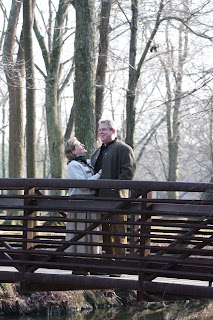 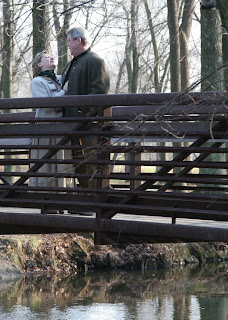 Uli and Andrea are into lighthouses. I dragged them and the group down to Cape Henlopen after Dover so we could get some shots on the beach, and in front of the light house.

While I was doing the lighthouse pic, Mary took a one of her own! 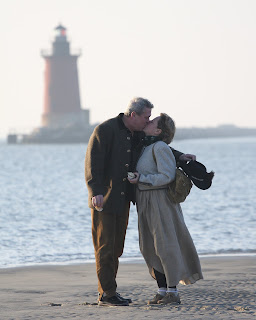 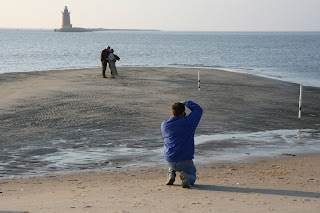 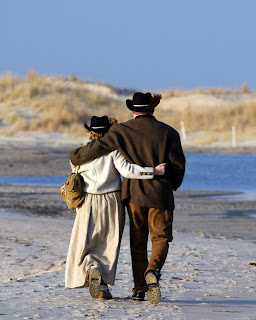 Tim and Bill decided to charge Mary, on 3. 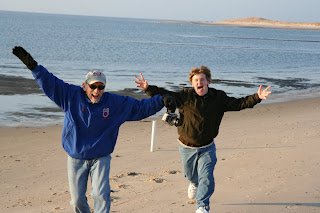 We ended up at the fishing pier in Cape Henlopen park for these last photos. I like the first two a lot! 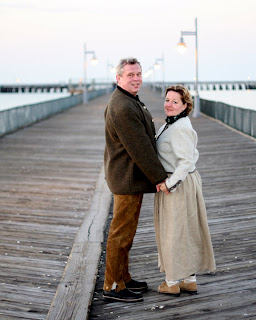 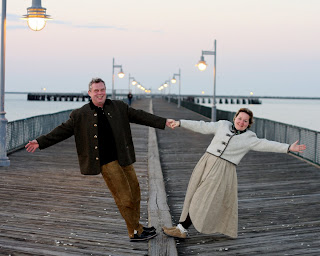 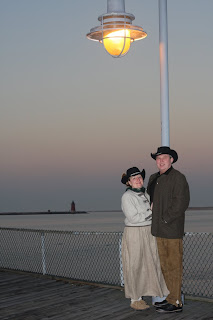 Thanks Uli and Andrea for having a great time in front of the camera! It was a great day!