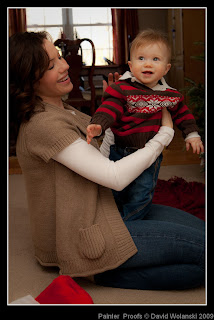 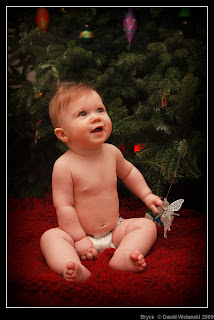 I go the chance to work with Bryce and his parents again the other day for some Christmas photos. Aren’t these the cutest pics? He was such a sweet heart!

After the photo session, I went to see the Nutcracker at the Schwartz Center in Downtown Dover. My grand neice was in the performance, for a very brief part of the show. The Center is small so it’s more intimate that other stages. I wondered if they’d have enough room to do it right. The show was wonderful! I was suprised to be honest. I knew nothing of the Dance Conservatory before the show. The dancers certainly looked professional to me. Of course the lead performers were good, but I was more interested in the secondary ones. They were working just as hard and doing their best. It made me think about them paying their dues dancing their hearts out in supporting roles to the lead dancers. Amazing stuff. I was impressed by the dancing of the girl playing the Spanish dancer and another dancer that did the Greek Goddess. The “Spanish” girl did some wonderful moves and finished her solo dance by ending in with both feet and one arm supporting her weight with her back arched over and the other hand in the air. She made it look effortless, and it clearly wasn’t . The greek goddess was very graceful and did something that I can’t really describe, but of course I’ll try. She had both hands clasped together in front of her and twisted them one way while she moved her head and feet in opposite directions to each other. It was amazing to me. The lead male dance had amazing muscles in his calves and wonderful control during the lifts. The lead female seemed to float in the air when he lifted her. She was in kind of a split position and he seemed to just effortlessly (for both of them!) raise her up and spin her. It was poetic. The lead female did this amazing series of spins up on her toes as she did a complete circle on the stage. Her strength, control and timing were awesome. How she stayed up on her toes seemingly effortlessly and didn’t fall out on her butt is a mystery to me. I remember thinking she reminded me of a jewelry box ballerina. It looked like she could just keep on spinning around in a perfect circle endlessly
A few more things I noticed. At one point the dancers representing different coffees were all spinning around and twirling at the same time. It was a kaliedescope of colors and motion. It was like an impressionist painting came to life. I was enthralled. I was impressed with the kids in candy cane outfits with hulahoops to dance with and through. The kids were young and they were doing this kind of jump rope thing with the hoops. None of them missed a beat. It was brave of the choreographer to have them do it. A failure or mistake would have been obvious and embarassing, but not a one of the dancers missed. Cool stuff.
So yeah, that’s my unsophisticated amateur review of the show. (Maybe I should stick to making photos of dancers. I know I’d love to shoot the dancers ala the Degas impressionist paintings someday.) More Degas stuff is online here. I enjoyed the show! Now I’d like to see some future stuff at the Schwartz. Does that gushing and the baby photos make me a chick?