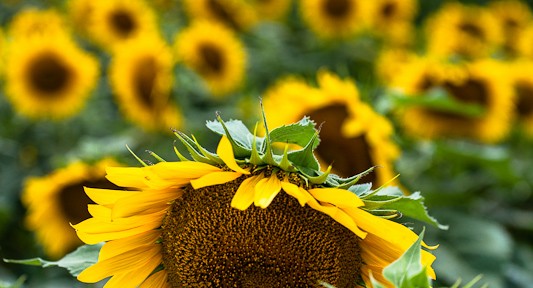 The other day I decided on a spur of the moment to drop what I was doing and head over to the sunflower field to see how far they had come since the week before when I had posted a few photos on Facebook of a few lonely flowers that had bloomed ahead of the rest of the field. I was delighted to find the rest of the flowers had bloomed and were readily visible if you knew where to look, but easily passed by if you had no clue. I tucked my pants in my sock in a feeble attempt to keep the ticks that infest this field and path from crawling up my pants and then latching on at some convenient point. I picked up my gear bag and headed back to the field which is a few hundred yards back from the parking area I was in.
When I got back to the field, I busied myself with finding interesting light, angles, arrangements and bees flying about. After about an hour I felt I had explored the subject as much as I could for the day with my full on digital camera, my holga and my film camera, I packed up to head back to the car. This was almost certainly a reaction to the tick I found walking across my cheek. He was amongst the 22 I ended up pulling off my clothing and skin (unattached, thank goodness!) that night. The little blood suckers skeeve me out some…

Anyways, it was only on reflection later that night as I went through the photographs that I realized with clarity that I had gone there to lose myself in the action of creating the photos. Before leaving I felt more or less battered by the wave of recent events both public and private that seem to be washing in to shore and threatening to crush the soul.On arrival, I was busy with preparations and the acts of getting ready, then of course I was busy with the actual photography. The mind can only be thinking about one thing at a time so those actions crowded out the other events, which was a good thing.

Anyways, as I was working the scene, I noticed this arrangement of the closer flower and the crowd of flowers in the back making a yellow blur, with the trees and sky making two more color fields, though the sky wasn’t as big as I hoped. 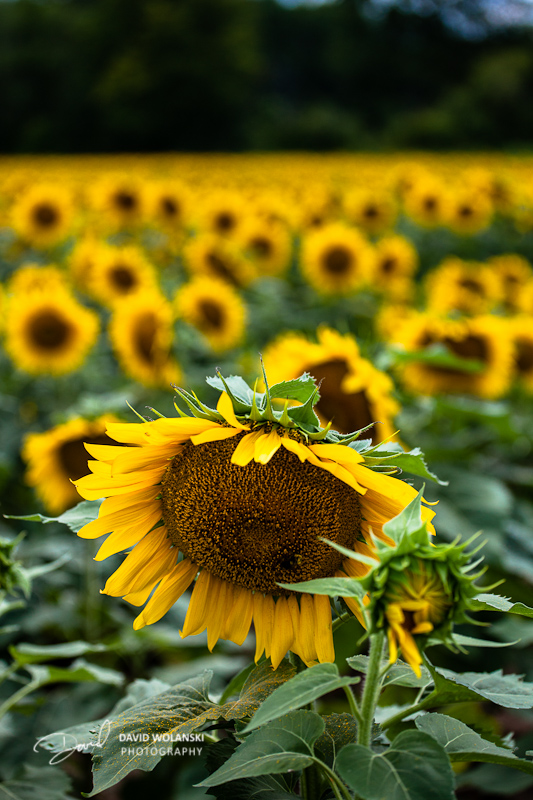 I wanted to see how this would look in black and white, and it gave me an otherworldly effect I liked 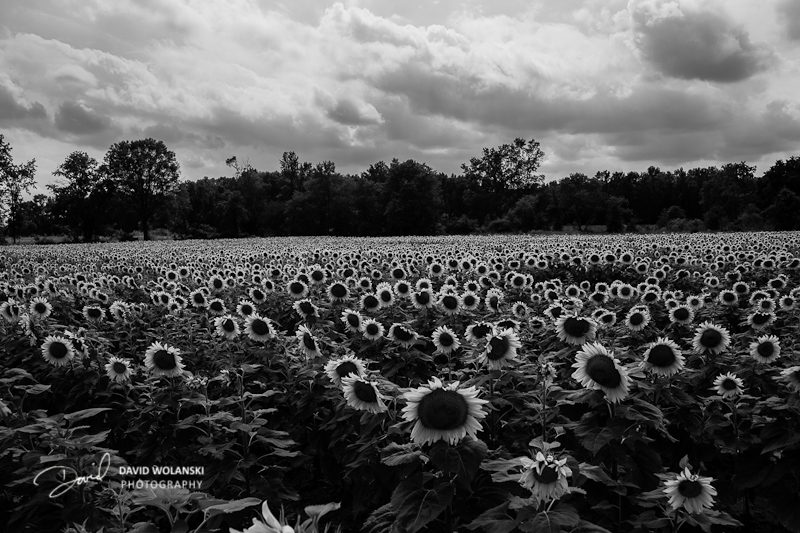 One problem with shooting flowers is that everybody and their brother does them too. Coming up with something different is a challenge, at least for me. For this photo it’s all about the color arrangements and the kind of pinwheel effect of the petals against the greens and browns. 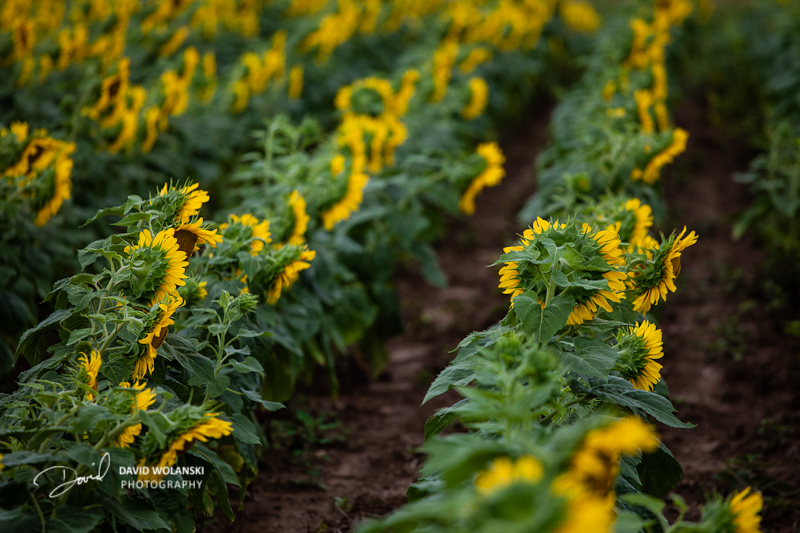 One thought on “Photo therapy”