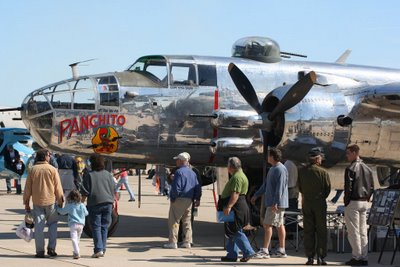 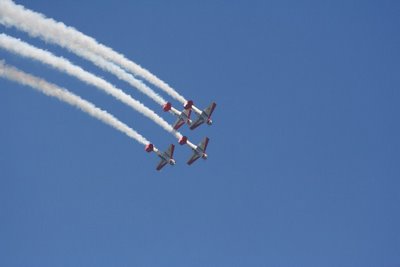 The T-6 aerobatic team, up from Louisiana and Alabama. What a cool sound these planes had. One of the pilots (~42 years old) had 20,000 hours as a pilot. Thats 10 full work years in airplanes. 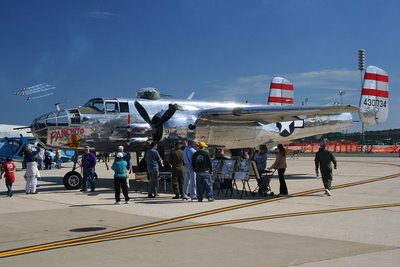 A fuller view of the B-25 with the T-6 Team in the background. 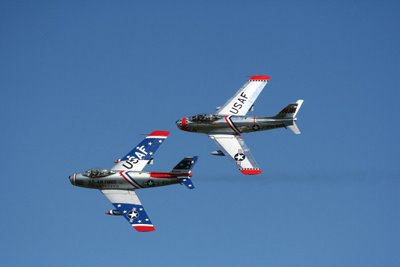 This was a neat Demo. Those F-86s are privately owned. Both pilots are interesting. One is a retired navy pilot, a whiz with the F-14 and a former navy pilot of the year. The other is a retired executive with the moxie to learn how to do this stuff in his 40s. One of the planes used to belong to Frank Borman, the Apollo astronaut.