I saw something that I was trying to get in each of the following pictures. Some are closer than others. 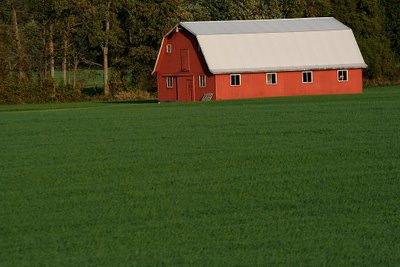 This barn is close, but the ground wasn’t level from where i was shooting, and the barn isn’t as red as I thought it was the other day. I liked the contrast between the red and the green, but this isn’t what i was looking for. 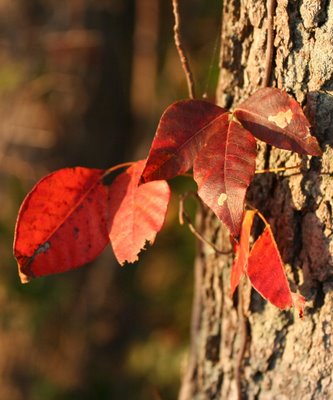 I missed on the focus. I should have used the tripod….yes, i know that’s poison ivy. 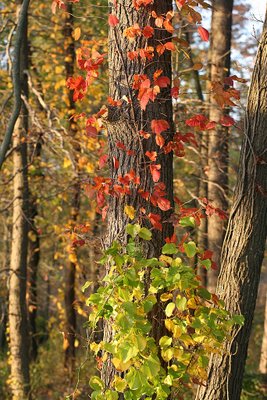 Poison Ivy and some other vine. One is bright red the other a nice green. The picture is too cluttered with the rest of the trees though. 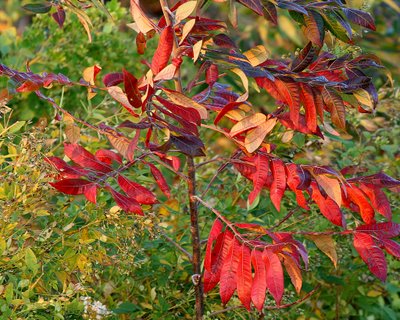 The red in this tree really stood out against the green. This pic just doesn’t pop for me. Maybe if I’d have focused on the bottom right branch with the patterns of red against the green background… oh well.