I’m in Jacksonville Florida for the night picking up a car from my sister. The Navy is doing an Air Show here this weekend, which I had no idea of when we set the date to do the car thing. I got here today and my sister dumped tim and I off a the air show to be picked up later, after the Blue Angels show. They were awesome! I’d be hard pressed to say who had the better show, but if I had to, I’d say the Blue Angels might be flying a little closer than the Thunderbirds…. Either way, I’m sure I could do it too, being a former astronaut and all! 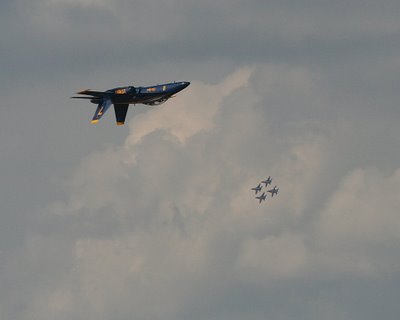 This one I got by accident, shooting the front one while he did his upside down thing on the main runway while his fellow airmen were looping around in the background. 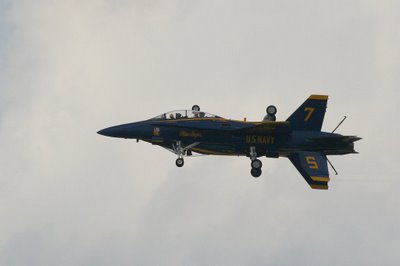 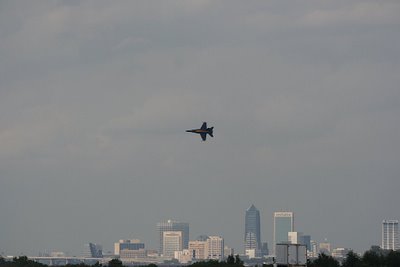 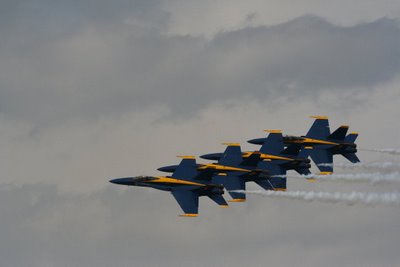 Thats looking pretty tight to me!