I was out shooting some Holga portraits the other day and ended up going by the Blue Hen Mall in Dover. Several hundred motorcycles were there staging for a ride to Rehoboth for a fund raiser. This was like the heavenly choirs opened up for me since I had done one Holga image of a City of Dover Harley a while back and really wanted to do some when the chance came up.
I also wanted to do some Off Camera Flash stuff with motorcycles as I had in the past with my brother in law Jim.
Anyways I approached some folks whose name might be Bob and Stephi H of Maryland. Or it might not. Maybe they’re really named something else. Maybe they’re part of the Blue Knights Law Enforcement Motor Cycle Club International’s Fund Raiser for Special Olympics in Dover Del. on Sunday 17 April 2011. It’s really hard for me to say.
They were game and we had some fun moving their bike to an area with a little less background clutter. I asked their friend to act as a voice activated light stand and got this image with a little off camera flash action. The Motor Cycle is a 2011 Harley Davidson Ultra Classic Limited, Light & Dark Root Beer in color W/ Metal Flake Paint.
Thanks Bob and Stephi. If that’s your real names! 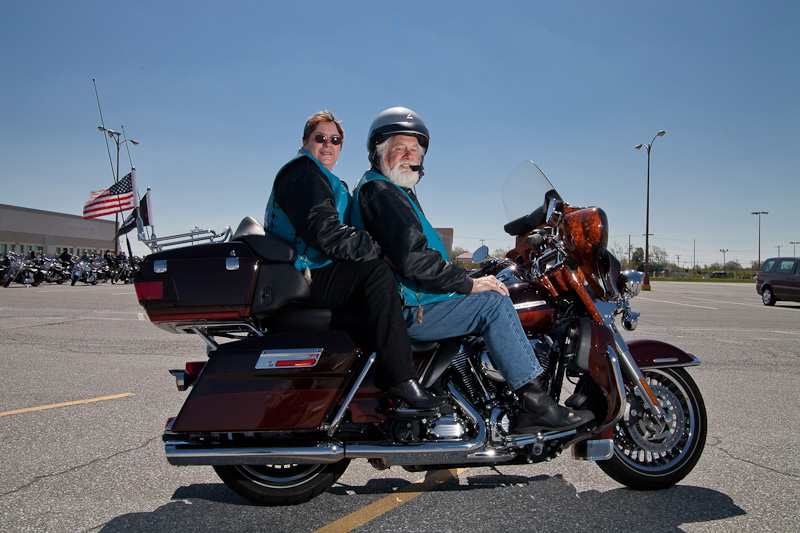 3 thoughts on “I could tell you who this is, but then he’d have to kill me.”