My buddy Lowry and I have been photographing this old church near Nita Yuma Mississippi in the Delta for a while. The church was the Methodist Episcopal Church and it was built in 1878. This last trip down was a few weeks after gravity and time took their final toll. It’s stupid to be emotional about a place long abandoned I suppose, but, there you go. I suppose I like taking photos of old places because they have character and have stood the test of time. When I see these old places, I imagine the excitement that was in the community as they were being built and readied for occupancy, then the joy as they finally opened. I wonder what happened to the folks that used to come every Sunday and then started petering out. How the last minister felt as he gave the last service there, closed the door and walked away.

While we were there, Lowry and I talked about how it was like losing an older relative. We knew it was coming, but, it’s hard to see and have happen. There’s a true sense of loss for me and this old place… In some ways, these old buildings are a metaphor for my own place in the world. I’ve still got a lot of years (I hope!) but some days I wonder about the state I’m in! LOL 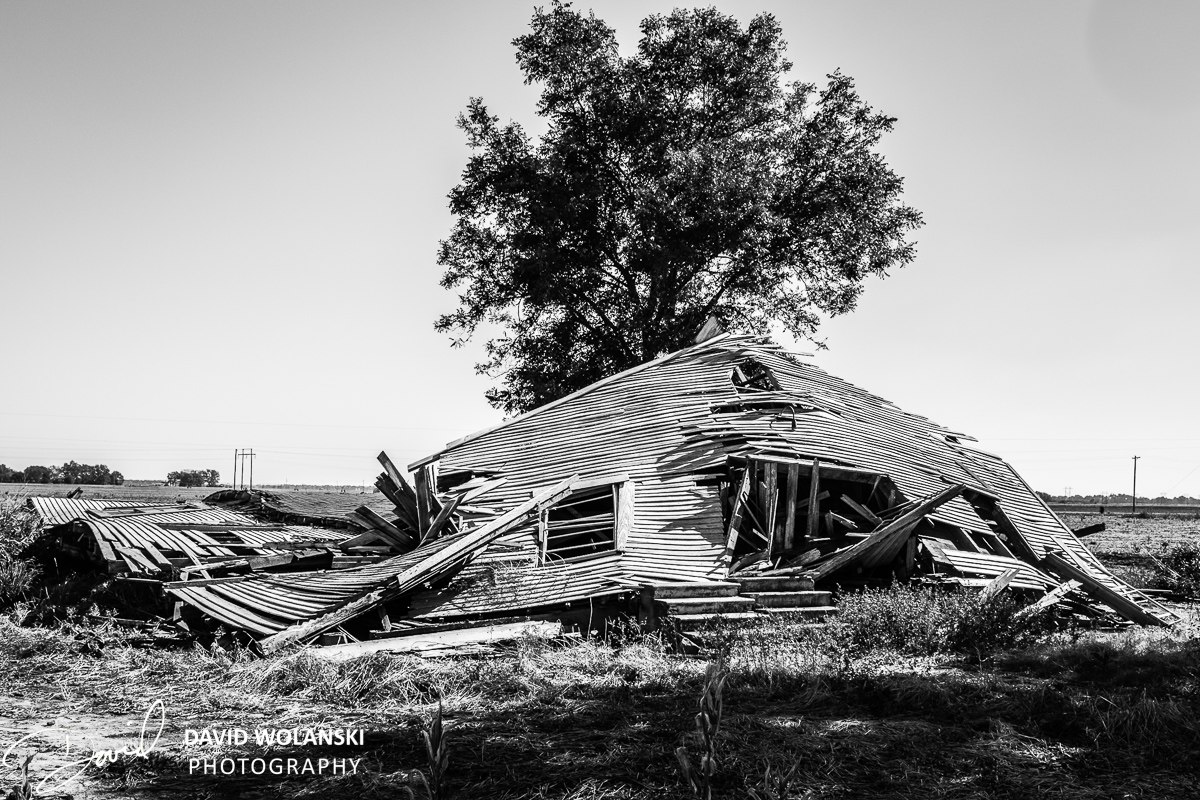