Those of you that have been following my blog for a while will remember Steffi. I’ve worked with her a few times in the past. We did some Miss Delaware photos for her and I’ve posted several times on Facebook with different shoots with her. If you look at the header on my blog, that crazy girl in the red dress doing the obstacle course in the mud is Steffi.

Being in the pageant world, it’s expected she’s going to be beautiful, but there’s a lot more to her. She’s talented, smart, funny, self deprecating and perfectly grounded. In short, she’s the all American girl. Last week we got to do some more photos. I wanted to try some techniques and poses I recently learned about on CreativeLive.com and managed to pull together Steffi and Linda Guertin LeBlanc as my make up artist and assistant. We make a great team!

Before Every. Single. Shoot. I’m a nervous wreck. Is this going to work? Will I be wasting my model and make up artist’s time? I knew from past experience we’d rock this, but there’s always this performance anxiety.

All three of us wanted to make some photos with this gown. It’s one of Steffi’s pageant gowns, and has some feathers on it along with all the sequins and a black velvet skirt. It’s a designer gown by Sherri Hill. Other than converting this to a B&W image, this is pretty much straight out of the camera! When I saw it on the back of the camera I was like “We’re done. We nailed it!” The ladies were excited too! 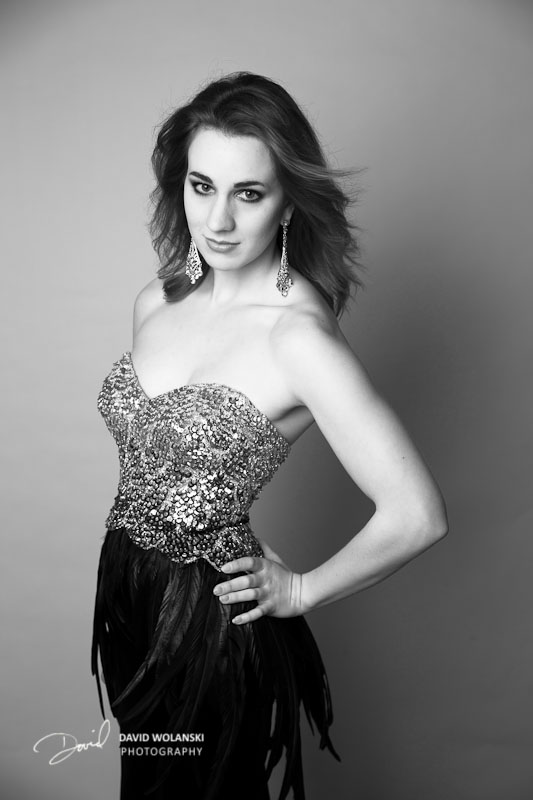 When we were done shooting, Steffi was goofing around and did a few of these poses, I was like “This I gotta shoot too”.  Steffi has been working hard for her amazing figure!

I got to try my new Holga camera from Randy at Holgamods to see if it would work in natural light. I asked Randy to modify it by making the aperture as big as possible. Doing so allows in a lot more light, which is needed since the shutter speed is stuck at a single value in the Holgas. I shot these with Tri-x film and then developed the film for longer than normal to try to get usable images. I think it worked out great!

This one is from the end of the roll of film. Not sure why it wasn’t a square image, but, no matter. I like the soft focus and muted colors. I added the colors in post processing using Lightroom. It reminds me of photographs by Stieglitz, one of the pre-eminent photographers of the early 1900s. He helped define photography as Art.

Finally, here is a set up shot of sorts. I moved my backdrop into the light from the window to take advantage of soft natural light. I moved the garbage cans before we started shooting! LOL I’ve long been fascinated by the realization that to make a great photo only requires a few square feet, some light and a decent background. Whatever isn’t in the frame is not determinable by the viewer. If I hadn’t shown this to you, you’d think it was inside a high end studio! You can see the black paper I used as a backdrop for the fuchsia dress. I switched to a white one for the pageant gown. I had to add a single strobe in a softbox about where the blue trash bin is for the pageant gown photos because the feathers weren’t showing up the way I wanted in the natural light. 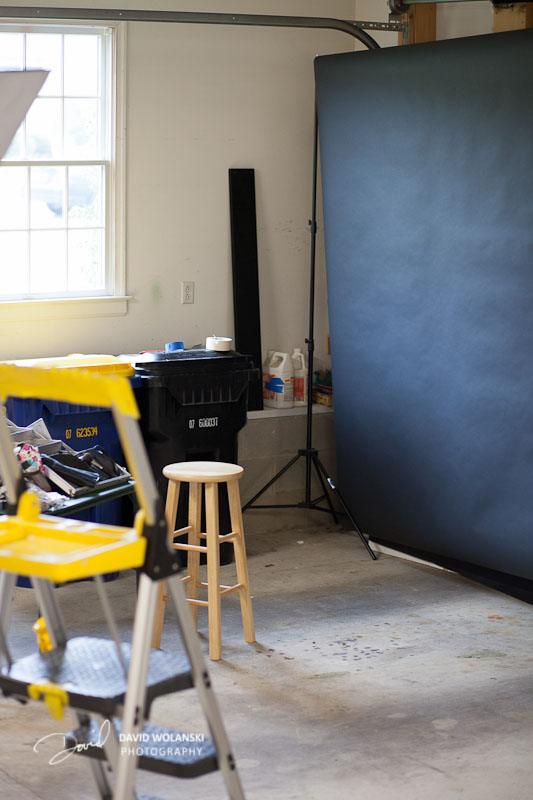 3 thoughts on “Three Sides to Steffi, some Holga shots and a set up shot.”