This is probably one of the most personal of my blog posts. I’ve lived in Dover Delaware since the 6th grade, more or less. A lot has changed. These photos are about that change. I know my experience is like so many others.  I wonder if their experience of the place is colored by their memories. I can only assume so.

This photo is of the Nichol’s light. “When I was a kid, we walked to and from school, uphill both ways, in the snow, barefoot” And this light was on Rt 13 when there was no Route 1. Nichol’s was a discount department store about equivalent to WalMart or Kmart. It closed back in the late 70s or early 80s. Soon it became a flea market for a while and later a super market, both of which also closed. Eventually Home Depot moved in sometime in the 90s I guess. Many family members continue to  refer to this light as the Nichol’s light. 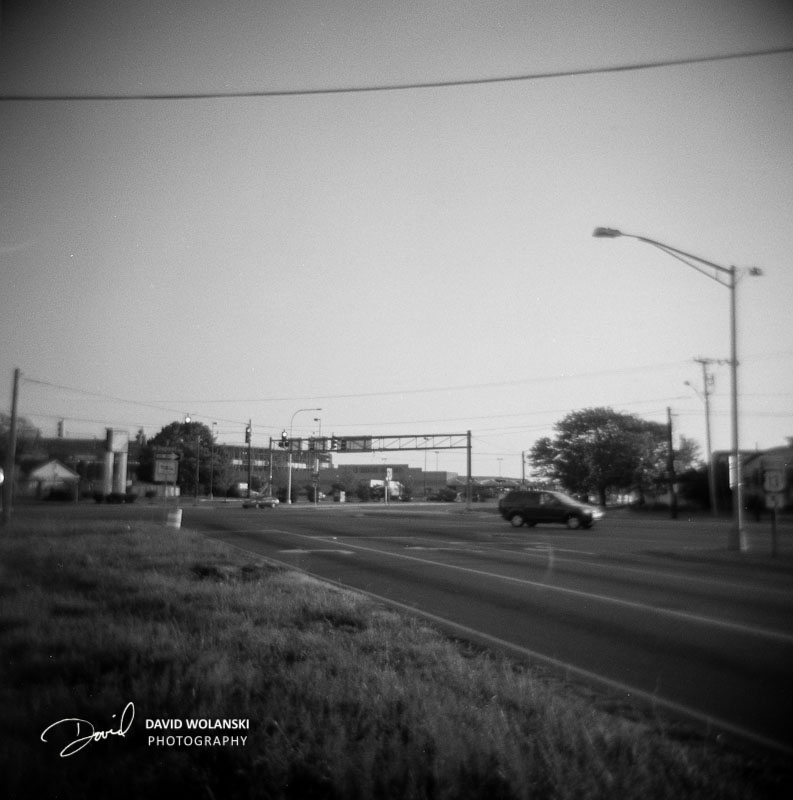 Loockerman (a Dutch name pronounced “locker men”) Street has changed a lot in the time I’ve lived here. This is the Angelo’s Pizza Restaurant that has been here since about 1985. Angelo bought the location from my wife at that time when we moved out of Dover for a while with my job working for Zale’s jewelers. She had owned it for several years as the Flagstone Restaurant. The Flagstone was named after the flagstone floor inside, for at least the 2 owners before her. It was an old fashioned center city breakfast and lunch joint. Ann Nixon was the cook. She made the best apple pies. My wife had worked there since she was 15 as a waitress, then the owner decided he wanted out of the business and sold it to Mary under very favorable terms. 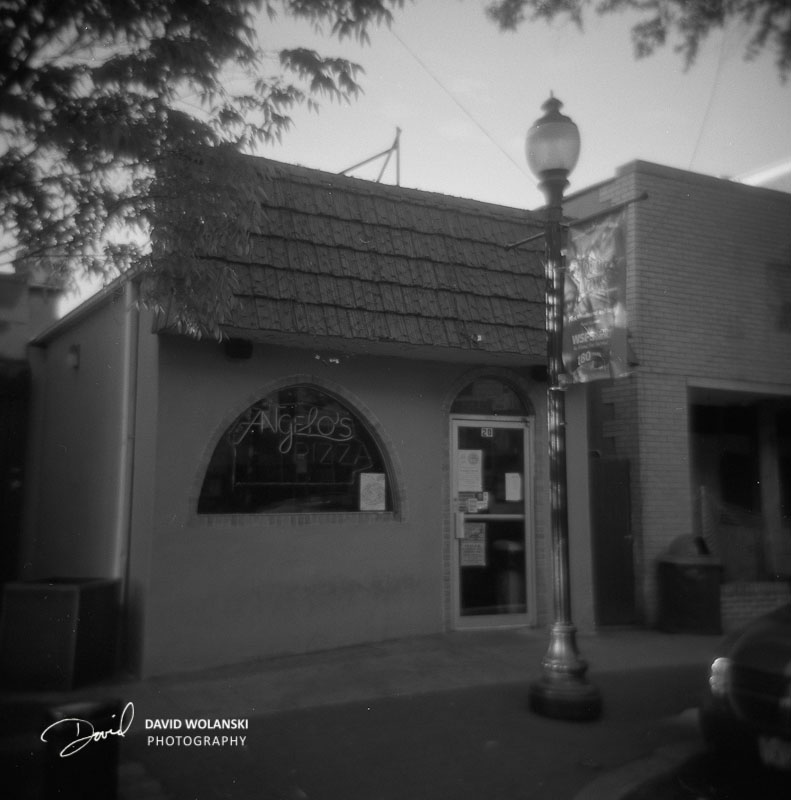 Also on Loockerman Street, this is the former Sears Building. I remember going into it in the 70s and shopping for school clothing. It had tile floors that were safe, but well worn and not particularly level. After the Blue Hen Mall came in the late 60s or early 70s, downtown stores were challenged. I’m not sure when the Sears closed, but certainly when the Dover Mall opened they were one of the anchors. The Dover Mall pretty much put the nail in the coffin of the Blue Hen Mall.As far as I remember, the store sat empty for a while until it was purchased by a developer and turned into some condo/apts above retail space. It’s possible there was something in there, I just don’t remember now. 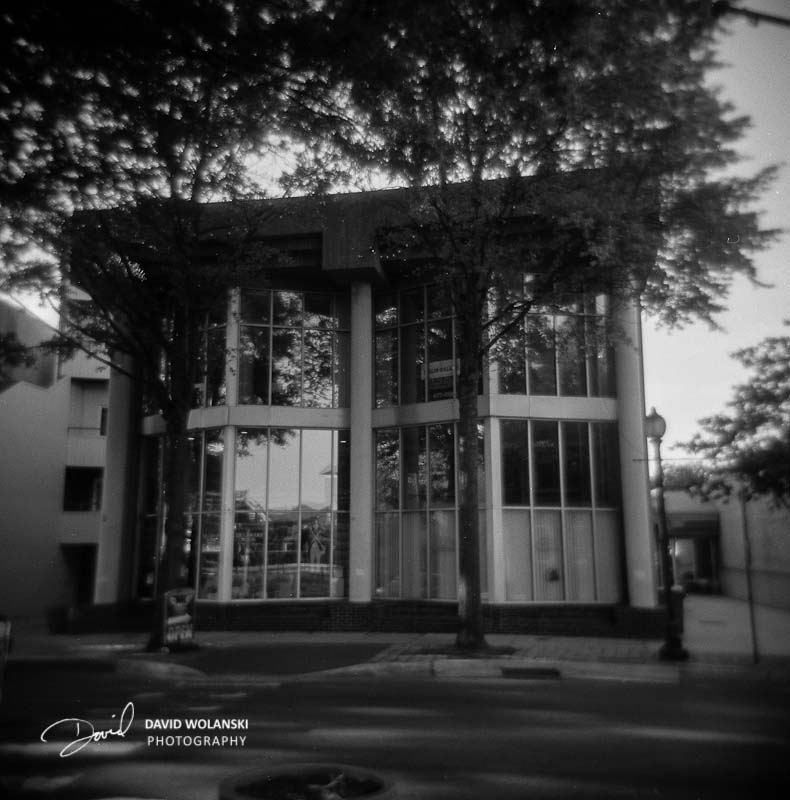 Some time ago they took down the Dover Hardware Store (also on Loockerman)  to do something else that apparently never panned out. They are in the process of putting up a new combined retail and living space in the spot where they took down the old Jackson Hotel. The Jackson had been a pretty big deal back in the day, but it was a series of small shops on the lower floors that failed one after the other after that.

This site is at North Street and Governor’s Avenue in Dover. The empty lot is where a lawyer’s office and a barbershop used to be. I think there were apartments or something above those two businesses. The building had steadily declined over time. It looked like it was a brick building that had been stuccoed over at some point, and that stucco had been painted. Then chunks started falling off. There were stairs on the back of it that I assumed were entry ways to the housing above. They never looked particularly sound to me. This site is also the site of my car accident a few years ago. I came into the intersection with a green light and never saw the lady that slammed into my door full speed with her car. She ran the red light and just took me out. I wasn’t upset about it for a few hours then it kind of hit me how close she had come to finishing me off that day. That accident has made me super paranoid about entering any intersection now.

Further on down State Street, is the site of the old Super Soda Center. They used to have a bunch of stores that sold, surprisingly enough, soda. Mostly RC brand I think. At least that’s what we used to get. It was always a big deal to go there and exchange the old bottles for new full ones. Not sure now why that was so, but there it is. Super Soda Center left this location and a few other places came into the location, most recently a convenience store/gas station, I think. I never bought anything there. 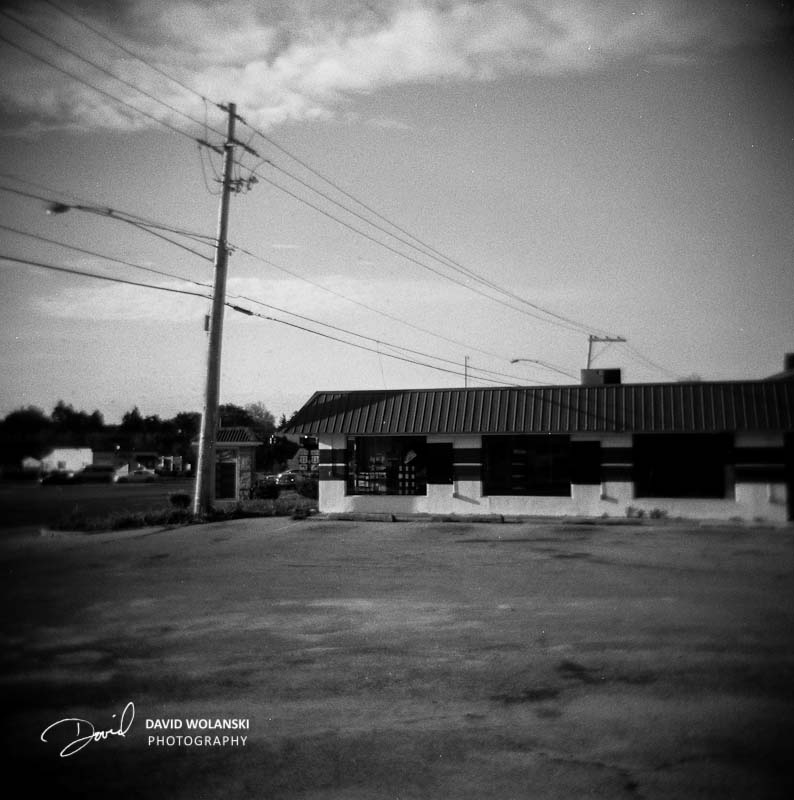 This is the site of the house my parents rented near Frederica Delaware back in 1968 when we came from Yakota AFB Japan, back to the US. It was a very small house that I remember very little of, other than having a huge metal grate in the main hallway that was the primary heating vent for the house. We only lived there for a year or so, then moved to either Charleston, South Carolina or Altus, OK, I forget the order now. Either way we went to both those bases before coming back to Dover for the rest of my dad’s Air Force career. I don’t even know when the house was torn down. I do remember seeing it in more and more disrepair until it was just gone one time.  There is only a remnant of a driveway  to give notice a home used to be here. 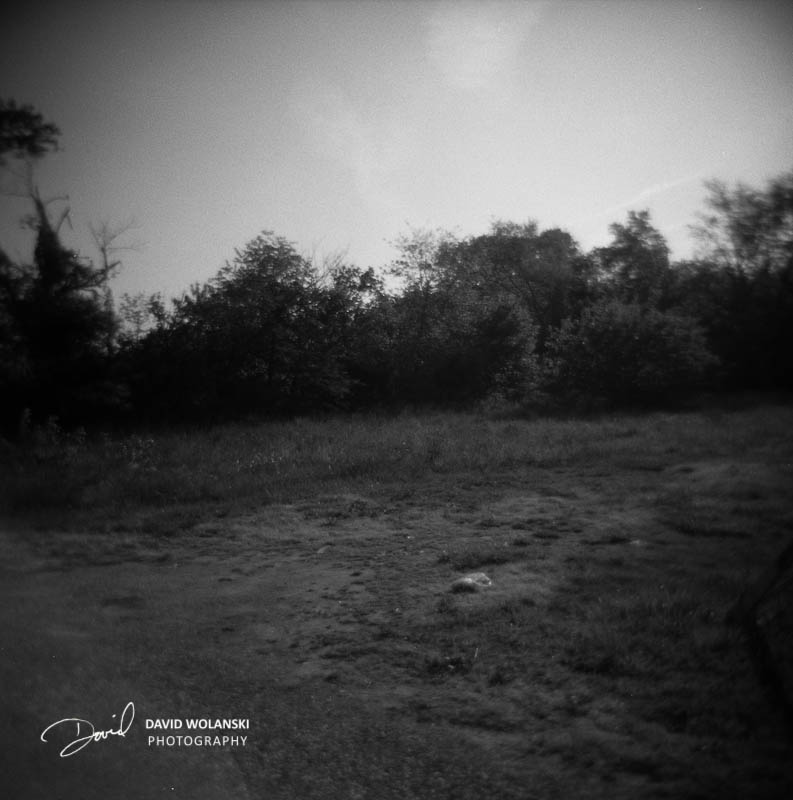 This is the former Woolco’s Department store that was on the south end of the Blue Hen Mall. I remember going there the first time we were in Dover and eating burgers at the lunch counter that wasn’t a whole lot different from the Flagstone now that I think about it. Most of the old department stores had little lunch counters in them at the time.  The only other memory of Woolco’s was me going into the store with a couple of friends to look at fishing stuff. This was some time after we came back to Dover, it must have been in the early 70s. One of the guys I was with asked me about some lure I was looking at and I said I couldn’t get it then and thought nothing else of it. It turns out he shoplifted it, and gave it to me a few minutes after leaving the store. I had no idea he had pilfered it! I don’t clearlyh remember what I did about that, I think I gave it back to him and said no way, he called me a name and tossed it in the trash. The Blue Hen Mall went into decline in the 80s, and a tail spin after the Dover Mall came. I’m not sure when Woolco’s went out of business. Some time later the space was converted into a call center for Bank of America and that too has gone, leaving an empty space. 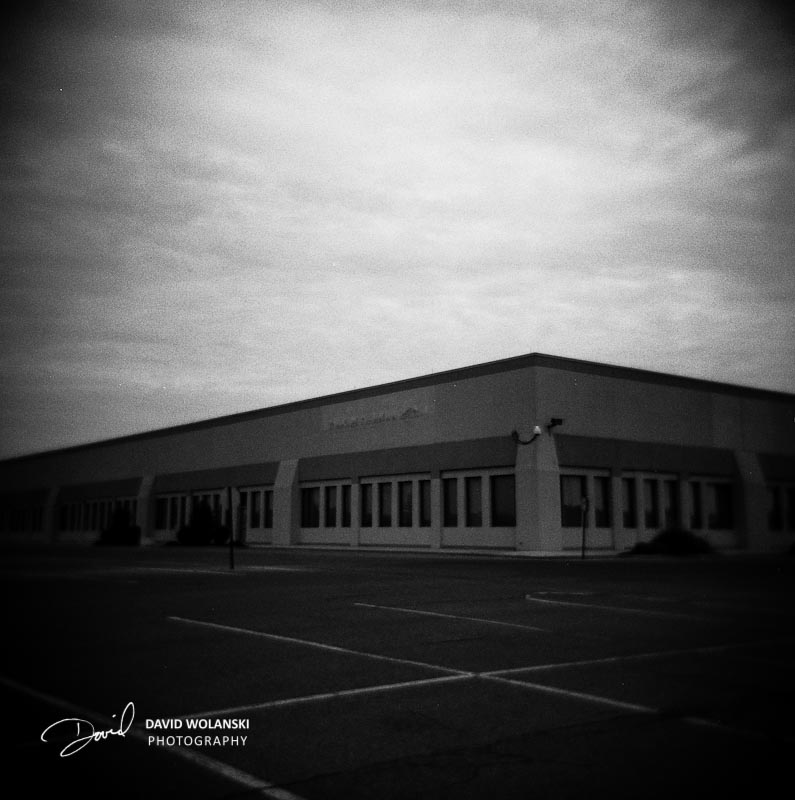 At the opposite end of the Blue Hen Mall is the former JC Penney store, that closed and then became an Aetna office that also closed. I wonder if people that never knew about the stores only think of them as Aetna and Bank of America sites. Probably so.

Here is a cool blog post I just found with anecdotal information about the mall. 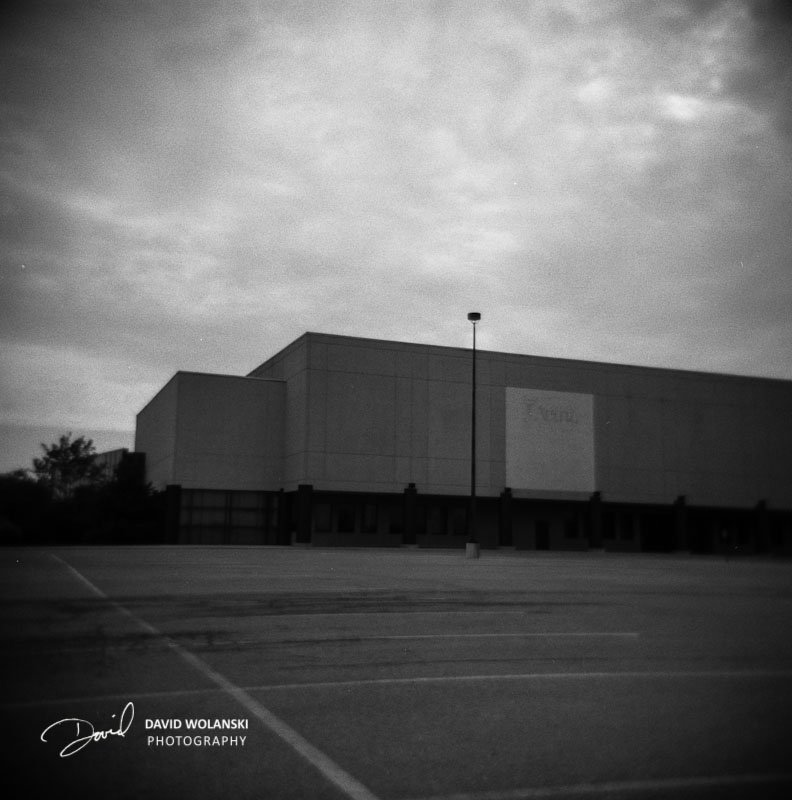 Next to the Blue Hen Mall stood the Acme Market for a long, long time. At some point they ended up closing it and moving to the north side of Dover. The site lay empty and an eye sore for many years. Finally, Kent County decided they could use the space. I understood when they first started talking about it that the County was going to do some simple stuff to change the space and site over. Somehow that morphed to this, which has no trace of the original building as far as I can tell. 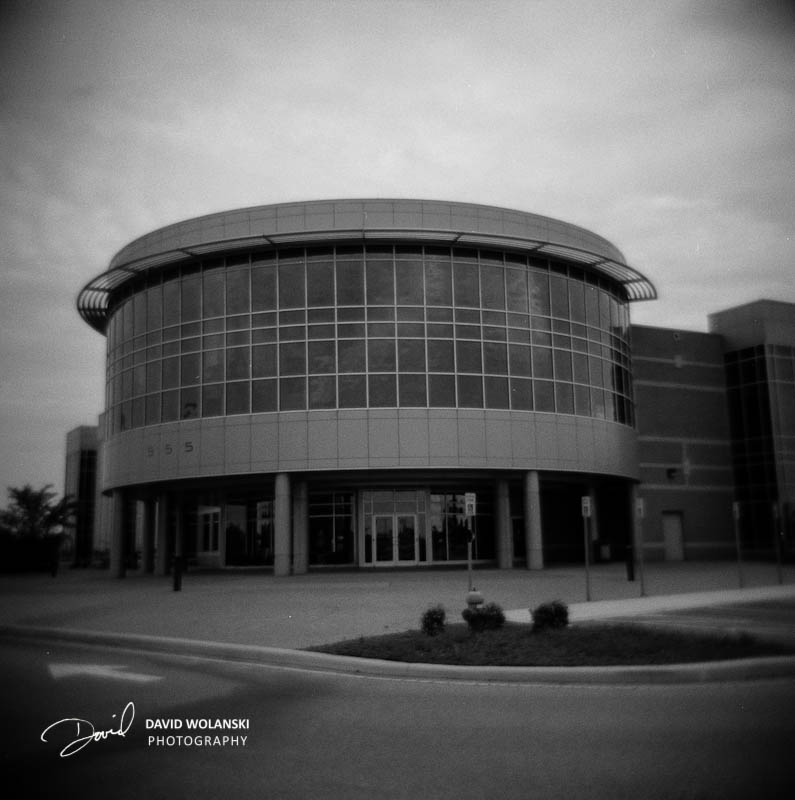 This is the abandoned Value City. Before that it was a Tower’s Jewelers. Tower’s was bought out by Service Merchandise that also sold most of the same stuff. Towers used to use this showroom model of sales. They had a large show room where you picked out what you wanted then put it on slips of paper and took the paper to a clerk who put the order in. You waited around for a little bit, then your stuff came down this conveyor belt track thing from the warehouse and they gave you your stuff. Service Merchandise was pretty much the same set up as I recall. Eventually, Service Merchandise went out of business and sat empty for a long time till Value City came in.  I was never impressed with VC as many folks used to call it.They’ve now been gone for several years too. This photo was taken from the site of a drive through liquor store and I think bus stop. The store was bright yellow with like circus elephants painted on it. Go figure. It’s been gone for a long time too. 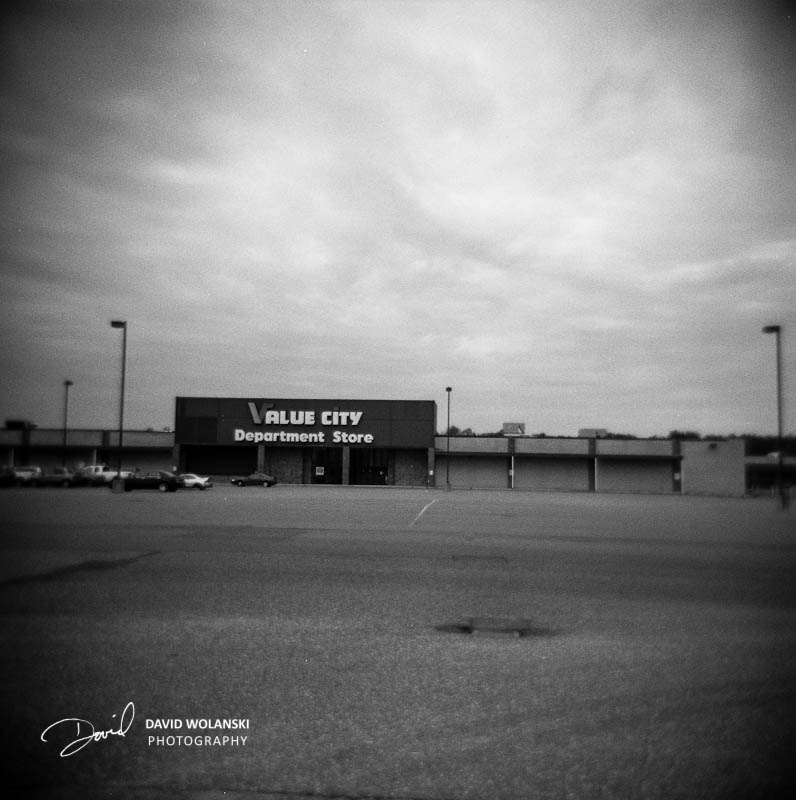 Finally, this is a photograph of my dad’s work bench. Before the work bench was here, there were two small bedrooms made from some simple framing and panelling. One was mine and the other was my sister’s room. My dad converted the space back to basement so he could use it for doing woodwork which he did for many years after his retirement. After my dad died, we sold a lot of his tools. Some are still here and the space is kind of vacant now. There are some shelves mom uses for storage there. So, there’s kind of 2 layers of memories here. 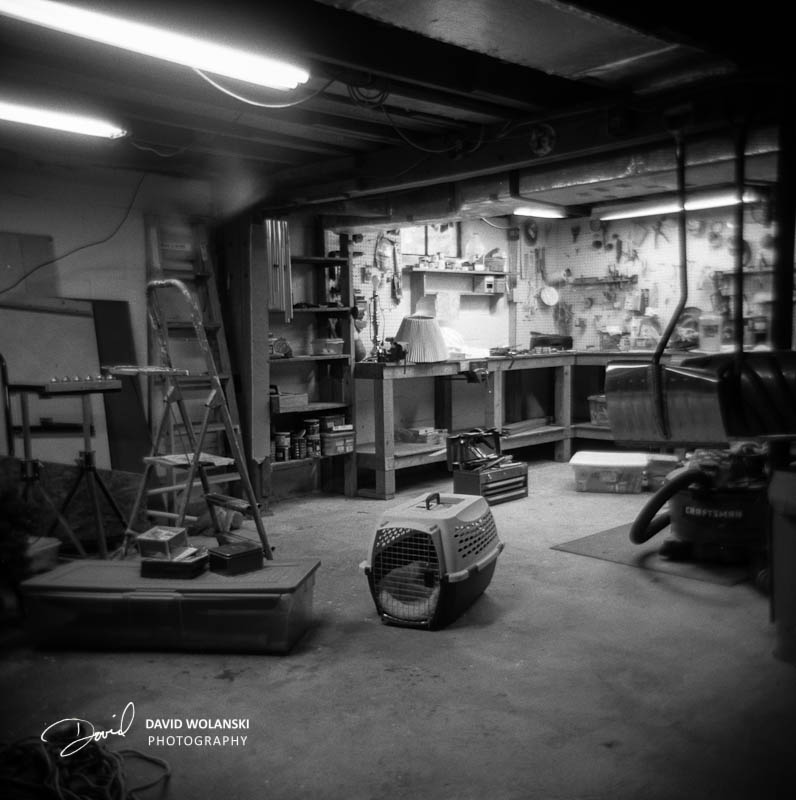 I felt driven to do this series of photos last week. Once I got “the Nichols Light” into my head I couldn’t let it go. I decided to use a Holga camera to get the core details down, even if the rest of the photo is fuzzy, much like my memories. I won’t be surprised if someone tells me I got some of the stories wrong. That’s ok. Part of what drove me is the concept in “Stranger in a Strange Land” of a place having memories associated with it. I talked about that idea in a previous post. So, the photos are only tangentially about what’s in the photos now. They’re about change, and progress and planning for the future. About the transient nature of our experience here. I’m glad I did them.

I’m thinking about publishing these photos in a small Blurb book, along with these stories. I might add some other photos to it too, though really I think I’ve covered it so far. Is anyone interested?

4 thoughts on “Used to be. In which I reveal my descent into geezerdom”